Some public alarm was felt on Monday, when it became known that an outbreak of paratyphoid fever had assumed epidemic proportions at Wootton. About 18 cases mostly children were reported for diagnosis and 12 of them have since been confirmed by bacteriological test. They are receiving treatment in the Isolation Hospital, Newport. The source of the infection was traced to a milk supply but thanks to prompt and effective action by the public health officers the epidemic was quickly under control.

Early in the week exaggerated rumours regarding the epidemic were current, and to allay public apprehension an official announcement was issued on Tuesday for exhibition in the “County Press” head office window. It stated that a small epidemic of paratyphoid fever had occurred in Wootton, affecting about 2two dozen people but the milk supply, which had spread the infection, had been stopped by the sanitary authority on Feb. 28th. There was every reason to hope that the epidemic had been checked, although one or two further cases might occur. The announcement was signed by Mr. F.H.W. Buxton, town clerk of Newport, and Dr. W.S. Wallace, borough medical officer of health.

Dr. Wallace added the suggestion that the residents in the area should as an extra precaution continue to boil milk. Fortunately there had been no further cases since Sunday up to yesterday (Friday) morning.

The first case was reported on Feb. 13 and after other isolated cases, the outbreak reached epidemic proportions during the week-end. Paratyphoid fever in its early states is difficult to diagnose because of its symptomatic resemblance to gastric influenza. Victims are affected with pyrexia (fever), vomiting, abdominal pains, and diarrhoea.

Dr. J. Fairley (county medical officer of health) told a “County Press” reporter that how the organism got into the supply of milk had not then been found, but investigations were still going on. Although the source of the infection had been stopped, it was possible that a few more cases might occur, as there was the possibility of persons who had been in contact with the primary cases becoming infected. The cases were mostly of a mild character. Dr. Fairley recalled a similar epidemic, also caused by milk supply, in the Wroxall district some 15 years previously. 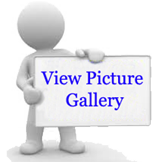